After an initial scrub to get the loose rust off the Stanley Bailey No. 5 1/2 I bought at a car boot sale over the weekend has been soaking in the rust remover I already used to clean up the No.4 and No 4 1/2.

As the rust was pretty bad (certainly much worse than any of the previous planes) I took them out to scrub off the rust with a copper brush yesterday before putting them back to soak.

The lever cap started off looking pretty rough and got quite a bit better: 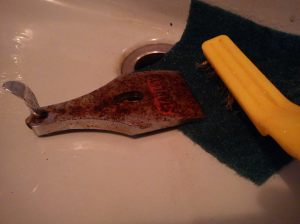 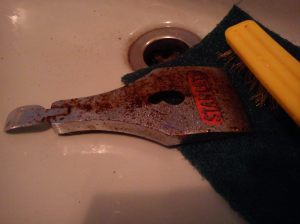 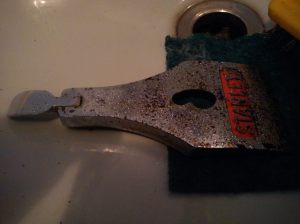 Although it’s come up quite well so far I think there is some slight pitting of the sole, but I’m hopeful that I’ll be able to get rid of it using some wet and dry and my surface plate.

The last time I tried to unscrew them (after a soak in WD-40) the screwdriver slipped, almost took the top off my finger and then buried itself in my palm! 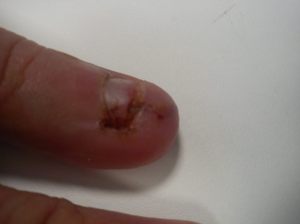